Texas dominated Rice. That’s to be expected, but sometimes a win is more than just a win.

Friday’s UNC at Wake Forest game provided a pair of head scratchers: First, it was two ACC teams, but it was a nonconference game and did not count toward conference records. Second, this is a crowd shot from a game AT Wake Forest: 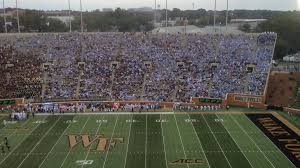 Speaking of head scratchers, University of Houston wore jet black unis….with white helmets. As if that wasn’t enough, the numerals and name on each jersey were red, but the logo on the white helmet was….gray. Even within the realm of alternate uniforms, it was not a good look.

The Kansas Jayhawks lost 48 consecutive road games against P5 schools. The streak is no more…the Jayhawks beat Boston College, 48-24. Kansas entered the game as 21-point underdogs, and their last P5 road win was in 2008.

Kansas State 31 – Mississippi State 24 : File that home loss away for next time someone you know starts crowing about SEC superiority.

Pitt head coach Pat Narduzzi elected to attempt a field goal from Penn State’s 1-yard line…in the 4th quarter…when trailing 10-17. The kick was missed which, if possible, made Narduzzi’s decision even more confounding.

Maryland turned heads and set records on their way to a 2-0 start. Then week 3 happened – Maryland 17 at Temple 20. Thud. Gravity always wins.

The competition has been something akin to Directional State College of Literary Arts, but UGA is appropriately making mincemeat of their opponents and looking like a Top 5-worthy team in doing so. It will be different this week with Top 10 ranked Notre Dame getting between the hedges…or will it?

Army, Navy, Air Force and Citadel all notched wins on Saturday. Everyone loves a good flyover during the anthem, but the military academies are making the games worthwhile too. Cue Lee Greenwood.

Like UGA, Notre Dame rolled an overmatched opponent (New Mexico) and took care of business before next weekend. Quarterback Ian Book improved his record as a starter to 9-1.

Arizona State beat Michigan State 10-7 in East Lansing. The Spartans had over 400 yards of offense but only managed 7 points in the game. It was horrific officiating and coaching. But it all was righted when MSU kicked a game tying FG with time expiring…except they had 12 players on the field, and missed the attempt after the penalty. Twitter reacted.

Texas kicker Cameron Dicker drilled a 57-yard field goal in the closing seconds before halftime of the Horns’ win over Rice. First thought was of an old Sportscenter catch phrase, “From way downtown – Bang!”

UGA played Arkansas State, whose head coach’s wife died of breast cancer about a month ago. In honor of her memory, Georgia fans staged a “pink out”: 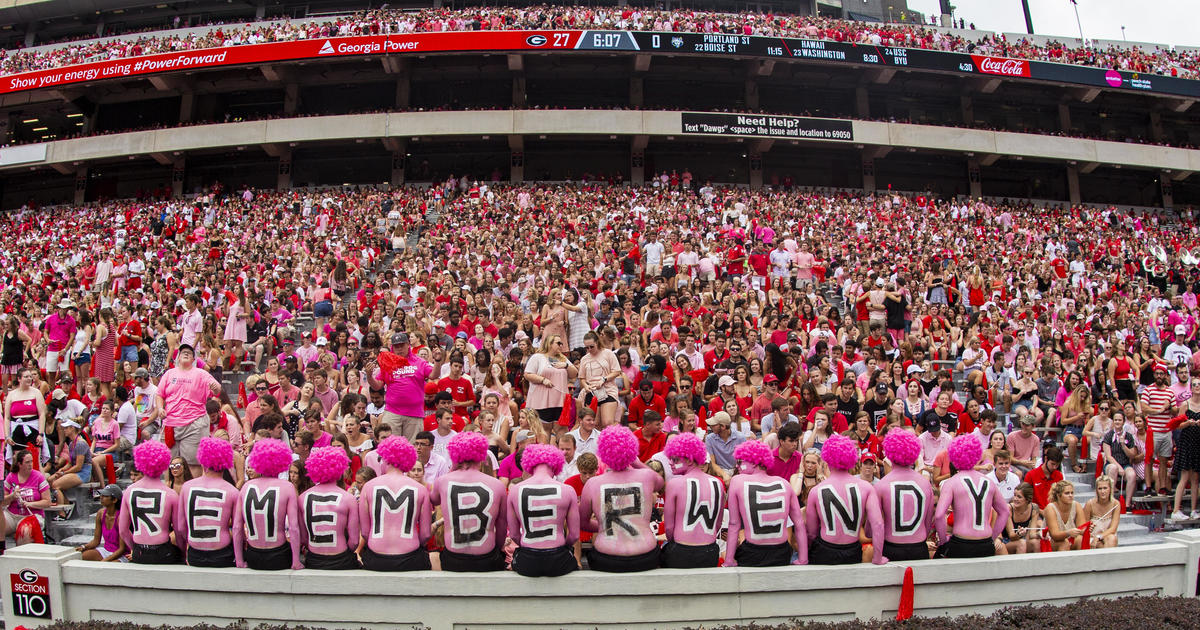 The Big 12 was an impressive 7-2 over the weekend, but more importantly they notched wins over teams from the Big 10, Pac 12, SEC, and ACC. The surest way to improve the conference’s reputation is to win head-to-head matchups with other P5 schools.

After nearly three total hours of two weather delays, Iowa won the Cy-Hawk trophy, besting in-state rival ISU, The Cyclones appeared to have two chances to take the lead late in the game, but a handful of gaffes resulted in Iowa’s fifth straight win in the series.

Florida was on the way to beating Kentucky by 1 with the Wildcats burning timeouts in hopes of getting one more shot to take a lead. UF housed a 76-yard catch and run instead, and got a conference road win and ran to the bus.

At 0-2, things were tumultuous on Rocky Top. But the Vols pulled together and annihilated Chattanooga 45-0. Fans won’t have to wait long to learn whether it was a cathartic win or an outlier – Tennessee plays Florida this weekend.

LSU & Joe Burrow win impressively again. The Tigers are racking up points and offense in gobs. It’s gone from surprising in Week 1 to dependable by Week 3.

Former Longhorn Shane Buechele gets the best of TCU